Learning process is a complex group of factors that depends of genetic and environmental influences, and one of them seems to be the chronotype, which is defined as a propensity of a person to sleep at a particular time during a circadian period. 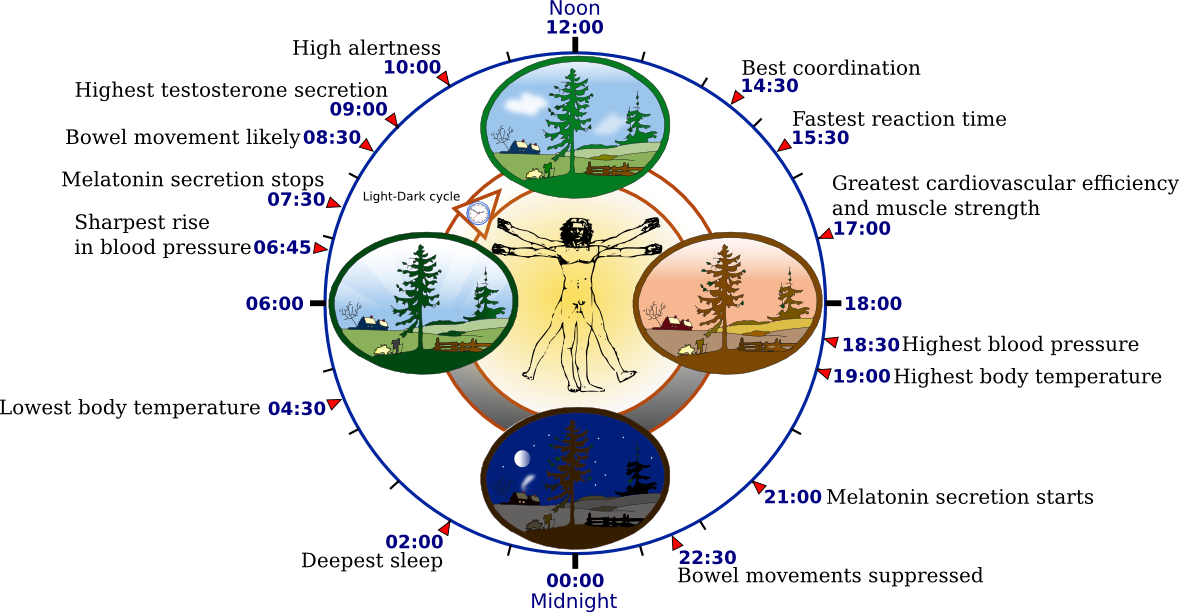 Even if is usual to believe that habits can make a difference between students, since they learn to adapt their findings from a chronobiology perspective highlight a deeper molecular accent into how can humans can handle changes of light, from a evolutionary point of view. Life on planet in general is sensible to changes called cycles. One of them is known as Circadian rhythms.

Circadian rhythms are approximate 24-h biological cycles that prepares an organism for daily environmental changes, driven by molecular clocks that basically are a trasncriptional-translational feedback mechanism that involves the core clock genes in mammals and it is present in virtually all cells of an organism 1.

Roenneberg, Kuehnle, Pramstaller, Ricken, Havel, Guth, and Merrow2, explain that chronotype “depends on genetic and environmental factors but also on age”, and at the same that some other authors add gender to the landscape 3. 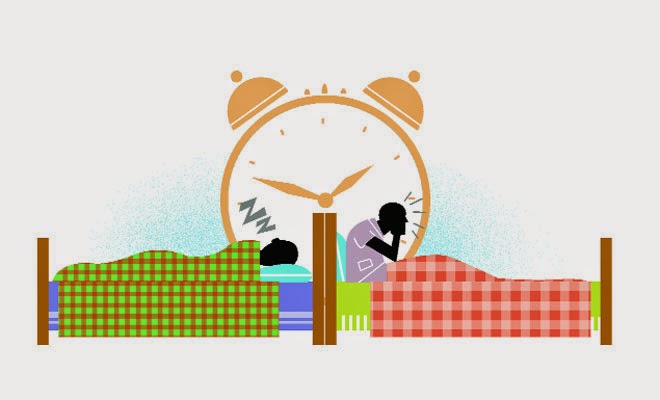 Chronotype changes with age, and some researchers have found systematical differences between children and adolescents, showing that children are early chronotypes and change slowly but progressively until delay and reaching a maximum of diurnal preferences around the age of 20, which suggests the end of adolescence3. However, the chronotype will change again with increasing age.

Adolescents’ circadian clocks typically run late4, they love to sleep until late and it’s easy to believe this is related with a crazy nightlife. However, different studies shows that in fact, these diurnal preferences can be something due circadian timing system. One explanation leads to endocrine factors, since hormones begin to run around adolescents systems for example studies how a time of day dependent of growth hormones which reaches its maximum and cortisol a minimum at around 1 am2. 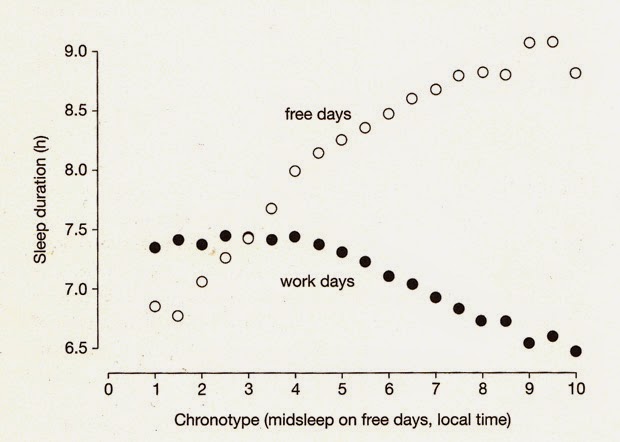 These changes are associated with two different situations, one medical and one related with academic performances.

From a medical perspective, aging is associates with sleep problems, including earlier awakening and a decrease of sleep patterns, mainly finding problems to consolidate sleep during the night5.

With this is mind is clear it can be explained an academic situation that many students suffer: sleep difficulties affect the way their learnings are consolidated. For example Pincher and Walters7, studied the performance of 44 students who had to complete the Watson-Glaser-Critical Thinking Appraisal after either 24 hours of sleep deprivation or approximately 8 hours of sleep. In this study, after completing the cognitive task, participants with sleep deprivation performed significantly worse than the non-deprived participants. Other studies have found very similar results even using different tests8-12.

All these studies show a relationship between sleep and academic performance and most of studies have focused on medicine students12 since they have the worst problems about morningness-eveningness so it’s easy to see the influence on learning, particularly of college students.

However, another issue must be add to this puzzle, It seems there is a relationship between age and activities and how they push to persons to create more and more gaps between sleep timing on workdays and weekends which is knows as social jetlag which can be described as the discrepancy between work and free days, this means a difference between social and biological time, leading to a considerable sleep debt 14. 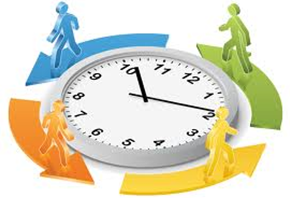 The term social jetlag was coined in 2006 by researchers at Ludwig-Maximilians University in Munich, Germany, who wanted to know the effects caused by differences between person’s internal biological clocks and the social clock time.

This social jetlag has been of course related with poor academic performances, and some studies like the one conduced by Haraszti, Ella, Gyöngyösi, Roenneberg, and Káldi15 suggests than circadian misalignment can have a significant negative effect on academic performance and they suggest that this is socially enforced.

Considering all these factors, education has much more to considerate for a successful environment to most of students. Late schedules to   older students based on their chronotype, and of course personal habits that can be broken easily with social activities effect how learning can be performance.

Note: All images were taken from internet