The relationship between memory and attention

Memory and attention are clearly related because process of attention has its beginning when brain remembers what senses capture. When someone pays attention to a meal, the chemical sense of taste tries to recognize all flavors, trying to separate every one of the components to be able to say this taste like...

When attention is required from the visual system, we must remember the spatial location of objects, colors, shapes and composition of structures of what we see, and sometimes speed and movement are required (Delaney, Nghiem and Waldum, 2009). But the process becomes complex when after watching something for a while, we have to reply specific questions about those object or their composition. Of course, more elements are involved at the scene; more complex will be to determine what we looked.

Please, analyze the image above, pay attention to colors and shapes, recognize objects, examine the composition. 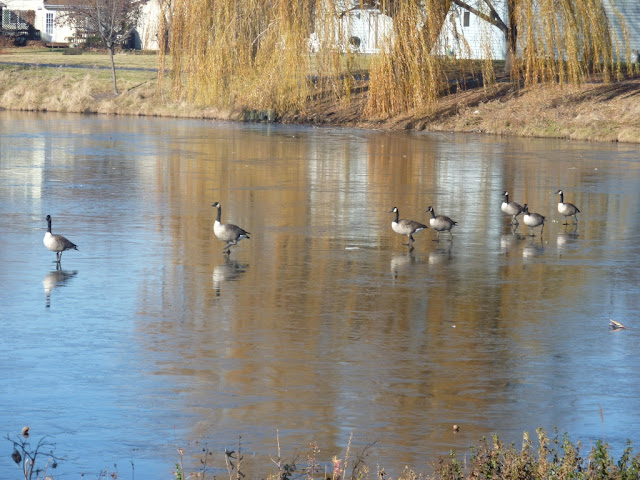 Do you recognize those birds?, do you know what are they walking on? where was taken the photograph?.

Attention must be based on prior knowledge of the elements or otherwise it would be difficult to say if persons can recognize what they see (Ruiz Contreras and Cansino, 2005). Hence, brain requires complex interactions between episodic and working memory, also called long-term memory, which allows access to information on the system. The principle has been explained as a review of the files in the brain, ready to be used at need (St. Clair Thompson, 2010).

But then, how does emerge this system called memory so complex and delicate sometimes, in the evolutionary process?.

Memory, as well as other basic processes (sensation and perception, learning, motivation and emotion, thought and language) was designed to be used to keep survival of the species, I mean, it serves to keep us on the face of the earth. But it also fits the individual needs depending on the interaction with the enviroment (Killgore and Yurgelun-Todd, 2009).

At this sense we can say that memory process is flexible, and  some researchers have found recently  that their cells are renewable, mainly  showing that both the cells of the hippocampus that is where physical location is believed memory process, such as the olfactory bulb, are renovated, as well as skin and bone cells (Alvarez - Buylla and Garcia Verdugo, 2002).

Learning is usually associated with memory, in fact the whole process is learning and memory, and of course,  both processes require attention, but how is the process? Do we remember first and then we learn? Or do we learn and then remember?. What do come first? Is the chicken or the egg?. From the standpoint of the brain, one relies on the other. I can say my name because I have learned it, so if someone shouts my name in the middle of a crowd, even with little effort, I will seek out who called me. But then what do babies have prior knowledge to remember?.

First of all, memory is a process found in other species, many studies about memory have been conduced with cats, and we all know that dogs can remember roads, people and smells; some species of birds can remember words, this is because a bigger and more evolved brain of specie will let them to create more complex interactions between processes.

We also know that  memory is located in the brain, specifically on an area called  hippocampus, which is part of what is called the limbic system, located exactly in the middle of the brain and is also home to the emotions. Hence there is a strong relationship between memory and emotion. 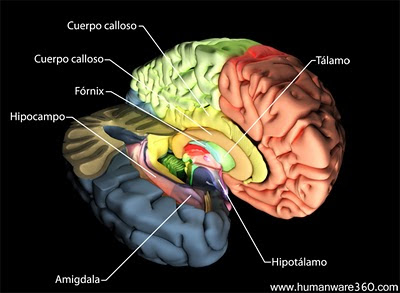 This relationship may  create incomplete memories, for example adults can remember the moment when a parent used some kind of punishment to reprimand misconduct. It is easy to remember the punishment and the pain, whether physical or emotional, but when ask: Why were you punished?, Usually the memory is much more vague. Misconduct didn’t produce pain; the punishment was the painful event.

When laboratory tests are made,  as in the psychometric tests, usually are used stimuli like remembering digits, words in order, relating words or numbers, but in normal life, the amount of stimulation is such that hardly can remember and pay attention to many events. Some decades ago, researchers believed that the magic number of memory was 7 ± 2 ... but if we remember 3 things now, sometimes is enough.

And in this age of information, where everything flows as Pentium 5 speed,  how can we remember the date, the appointment of 5 pm, our to do list, the task to tomorrow, someone's birthday, phone numbers and also set the snooze alarm?.

We learn to rely on equipments that we make life easy, such as Ipads, smart phones, the I phone, post sticks on our laptops,  because the brain is not expandable, it is confined in a finite space, therefore depends on the cognitive economy, and remember only important things, like where did I leave my cell phone?.

But for a newborn, things are different. Babies do not HAVE to remember their acts, they depend from the so-called primary instincts, for example, eat, sleep, defecate ... they do not have to remember, how breathing or if they need to sweat. Nature gave to species a complete equipment to survive, because the brain is capable of operating under minimum conditions, because is not fully developed. In fact, I think development is a never ending process, since the different areas begin the race to connect and create functional neuronal networks, to respond to the needs of the environment (Dzib Goodin, 2011).

The race to connect neurons, under the principle of the fittest networks and more repetitive task will survive and what is not discarded; this race begins before birth, but will be more evident during the first year of life. Of course, begins the development of what is known as white matter, which is nothing else than the way to conduct electrical impulses. This substance has been associated with processing speed and connectivity, defined as the ability to connect different brain regions effectively (Roberts, Anderson, and Husain, 2010; Tirapu-Ustárroz, Luna-Lario, Hernaez-Goñi, and García-Suescun, 2011).

As we grow, thanks to the interaction of the environment, will be created specific networks or circuits, hence even if two people live the same events, each one will remember or analyze them differently. Some further developed visual system and it will be easy to remember visual stimuli while others are more inclined to the sound.

The relationship between learning and memory, arises for a need to consolidate those things that become important, for example the way to go home, the name of the street where you live, your name, biking or driving a car, remembering the alphabet and the sounds associated with each sign, so do the numbers, the arithmetic relationship ... what we learn remains in the cognitive system, but if you also need it and is in constant use, this will consolidate it, and  if we add the fact that what we like and makes us feel good, and probably all those things will be repeated many times, this will create a strong neural network and may be difficult to change with time.

And this is because, habits are nothing else than consolidated neural networks, we do not have to think how to use a toothbrush, as soon as we get closer to where it is, we take it without thinking about what hand should do the work, we use it as best we can, we rinse and we put it in place without thinking of it.

You as an expert reader has not needed to think how recognize any sign of this writing, you know the sounds associated with, you joined them, understood them and gave meaning to the text. Nobody had to tell you, this is an A and this B, and this sounds like ... maybe this can explain better the relationship between learning and memory.

Can you remember the numbers that were read above in this paper?. Do not worry!, 98% of people fail to do so and in this case is a good sign, you paid more attention to the text. What do you earn remembering those numbers? Unless there is a prize of $ 3,000 is not worth using a portion of their cognitive processing on it.

Those useful aspects of sensory stimulation will be consolidated by our memory, which causes us a very strong emotion, or what enables us to survive. Who cares about how many numbers above?, Only those who have a brain injury,  and  suffer an obsession with numbers ... sometimes it's good to rely on electronic toys  to remind us things,  or physiological processes, to remember that it is lunch time.

If you would like to know more about my writing you can visit my web site:
http://www.almadzib.com