I know the title sounds strong, and more in my case as an author convinced that learning is always possible, so I want to make clear that I don’t have any problem with the model of competences, actually I believe is very good, because it focuses the student as axis of learning in the middle of a rich and stimulating environment, developing skills and competencies for the future. However, the model was crashed directly against the wall when the Spanish and Mexican educational system decided to use it.

The concept competition began to be part of the educational vocabulary in 1974 after an attempt of objective assessment of learning. The proposal of the model comes from the idea that it was possible to design, development and curricular evaluation to include the learn to know, learning to do, learning to live together and learning to be, as part of the resolution of problems, all those key concepts included in a text of the UNESCO and which would be the basis of the education of late 20th century.

Other background of the competence approach is found in the Bologna Declaration, signed by the European Ministers of education and the Tuning project developed in Europe (Cazares Andrade, 2008). 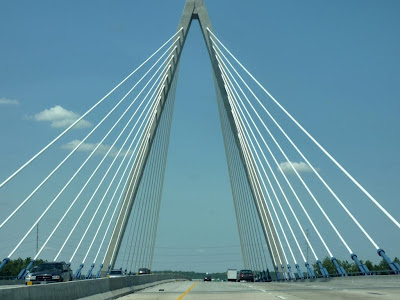 Both projects has as objective reforming education, the Tuning project is the answer given by a group of universities to the challenge imposed by the Bologna Declaration (Declaration of Bologna, 1999 and Tuning: Europe). Both seek to raise the specific generic and disciplinary competences.

Both models have previous experience at European countries, such as the projects of thematic networks of Socrates and Erasmus and the pilot of the European Credit Transfer and Accumulation System projects as background (Tuning Europe).

The idea of competencies is not focusing exclusively on developing knowledge and skills, rather the idea is achieved that the student is capable of understanding a problem and take action to solve it on the basis of the body of knowledge as part of a developed cognitive goal processes.

In this sense  a competition can be seen from different perspectives, for example "the usual and prudent use of information, communication, knowledge, technical skills which may include clinical reasoning, emotions, values and reflection in everyday practice for the benefit of the individual and his community" (cited in García, Loredo, Luna and  Rueda, 2008).

Another usual definition is afforded the Organization for Economic Co-operation and Development that defines competition such as: the ability to respond to the demands or carry out tasks successfully and consistent with the cognitive and non-cognitive dimensions (cited in the Muñoz Araya, 2011).

Although it should be noted that some authors focus competition in the domain of a practice, as Bruner explains: what people learn is competition (cognitive) not the specific action of doing something (cited in García, Loredo, Luna and Rueda, 2008).

Also the model seeks to develop different skills in order to resolve multiple situations that may occur in the academic or professional field.

At the Higher Education did not appear any problem with this model where the student not only was able to reproduce information, but to develop the ability to make use of it and benefit in a social way. The model for a few European centers is installed in Spain and hence reaches Mexico. The meaningful learning theory, finally seemed applicable.

The romance began to lose its charm when the model of competences did not propose new forms of assessment related with the old traditional model and as  explain Díaz,  Flores and Osorio García (2011) and neither the political proposal changed the teaching model and the combination produced an educational disaster.

The competence model is based on the student and their general ability to develop skills, but the old model was focused on the content, this reason gave to the curricular design a leading role in the development of materials, adding ornaments to the contents, for example raising objectives of thematic units or open transversal contents to help to the student to interact with the contents. There are no books focuses on the skills of the student.

In Mexico the model was an imposition to all education levels, from kindergarten to higher education, this produced a redesign of contents, programs, new books are designed, or at least that it was said, the change was enormous because the goal was achieve coherence among all academic levels, refocus the mission of higher education, and connect to the labor world. All steps have been taken, but the cost, at least in Mexico and Spain, has been the highest rate of unemployment among graduates, as well as the biggest number of students leaving the educational options.

One of the biggest problems was the role of the teacher, because this was not analyzed (Ion and Cano, 2011; Diaz Flores and Osorio Garcia, 2011) and the copy of the Spanish model without a socio-cultural analysis background (Ruíz López, 2011).

Curricular changes were discussed from a political level without a serious review of the needs of learners, some programs of higher education only changed the names, and all changes went through consultations of opinion, falling into a political issue. So the same teachers were making up new practices with no idea how to do it. Do not need much analysis to see the error of Spain and how has been followed by Mexico so closely.

The mistakes about how to handle competences are so obvious specially with High School education text books, all of them  are littered with concepts, with information that does not help to solve problems, and assessments made at the old fashion, with multiple choices because that way teachers can evaluate more quickly.

In higher education, Mexico is still teaching the old theories, with teachers who insist in making feel the student that does not know anything and imposing his opinion first and foremost. The student?, continues being  the body that does not think nor is able to solve problems, only serves to create them if one  day has the audacity to ask something outside script of the professor.

Within this context, it seems the model by competencies has no future, but examples such as Brazil and the India have shown that there are successful stories and analysis, those countries have been capable to create elite educational systems, and China and Japan are following the same steps.

The Tuning project continues working slow but steady, analyzing and working hard in Europe, Latin America, and the United States. Increasingly more stories focused on understanding the learning focused on the student and the environment, daily efforts seek to achieve successful students that can find employment to give a future to their families, their community and help their country going forward. From this log, the bet is in the neurocognition, I do believe we can create a flexible thinking and solving problems skills.

I just wrote an article where I analyzed the skills and attitudes that are academically desirable and which companies are looking for. The differences are not only clear but alarming. While Academy is the centered of knowledge does not allow creativity, the resolution of problems, flexible thinking, high capacity of adaptation, originality or the sense of humor, companies desperate for these skills and attitudes that enable the development of job skills.

Education at all levels must be reformulated; again no doubt, perhaps a flexible curriculum can be the answer, where students can find capabilities and talents as an option, rather than the generic knowledge-centered model. Meanwhile, the brightest minds on the planet seek answers, not in the academies, but in open discussion forums, where business men have so much to say and teach.

I still believe that the competence model is a good option, perhaps not the only, or the best, but certainly only need a different environment. Maybe with different policies and a precise goal: the student and his or her talent.

I personally, worked with it during 17 years, and it was so nice to see surprised students with their own capacity to solve problems.

If you would like to know more about my writing you can visit my web site:
http://www.almadzib.com

Dzib Goodin, A. (2012) What is the secret behind sucessful students?. Evolllution. Disponible en red: http://www.evolllution.com/curriculum_planning/what-is-the-secret-behind-successful-students/